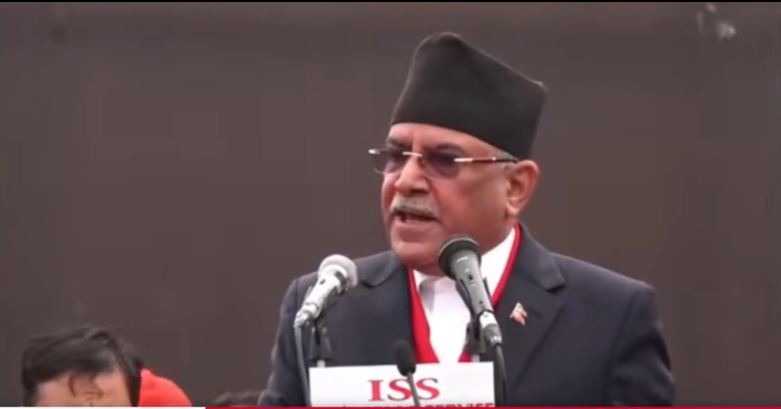 Addressing the 4th Central Council meeting of the Nepal National Employees Union (Civil) in Kathmandu on Saturday, Maoist Center Chairman Prachanda said the new government would soon clear the dark fume that PM Oli was trying to cast in the country.

“It doesn’t matter who leads the government. We want the government to run according to the constitution rather than the prime minister,” he said, adding, “This government will not last long.”

Stating the Oli government breached constitutional provisions in many ways, Prachanda said the prime minister who works against the constitution should not be kept in office.

He claimed that the purpose of his party’s agitation is to ensure safety and longevity of the constitution drafted and enforced as per the people’s will after a long struggle.

He urged all to intensify a united movement against incumbent government for the safeguard of the federal democratic republic and the constitution.