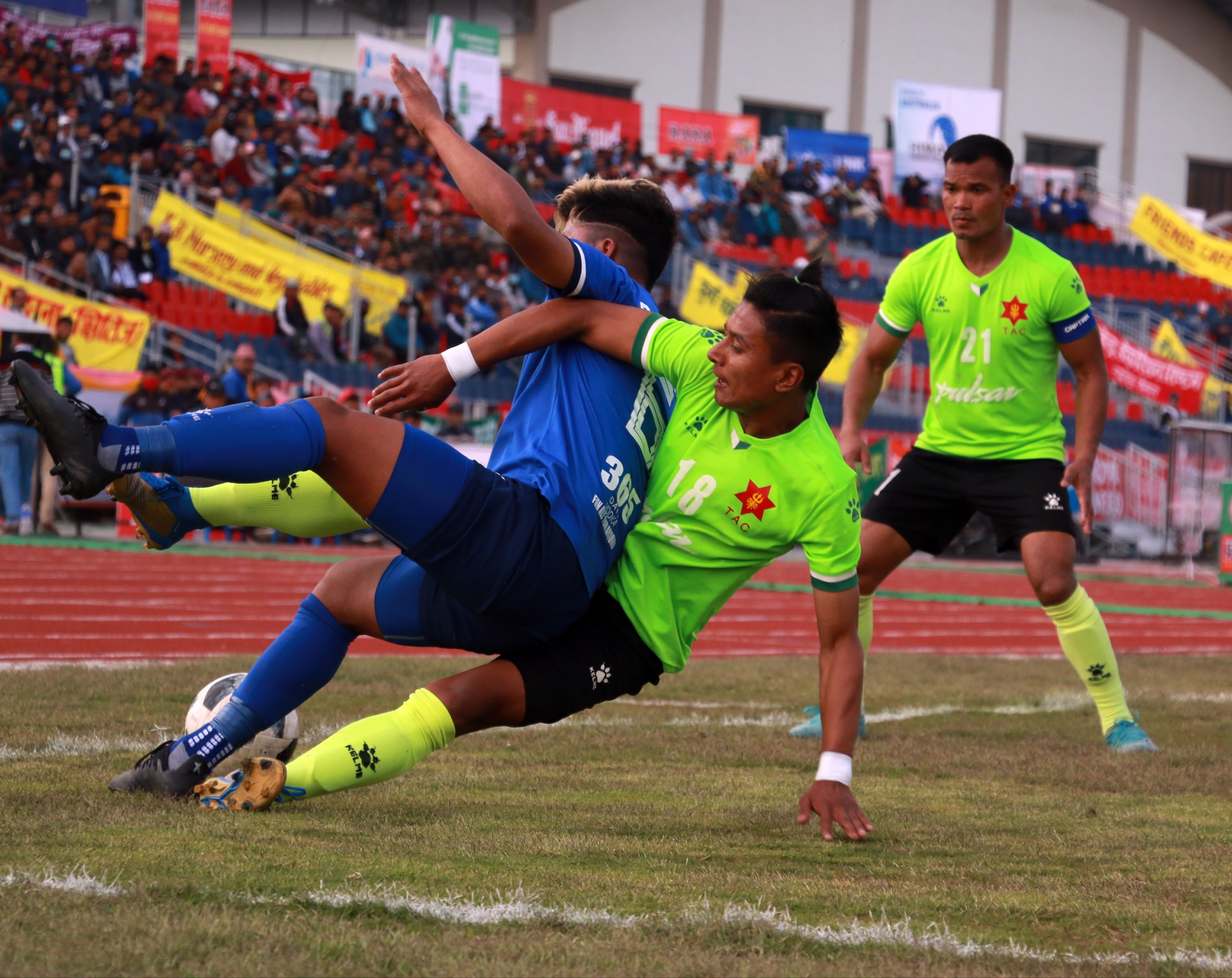 POKHARA: Sankata Club is taking on African Roots Association in the final match of Aaha Rara Gold Cup underway in Pokhara on Saturday.

The match will be held at Pokhara Stadium at 2pm. Both the teams are aiming to lift the trophy for the first time.

Sankata’s Coach Salyan Khadki said the team has reached the final in its fifth attempt and is aiming to clinch the victory.

Sankata had secured berth in the final for the first time by defeating APF 2-0.

Similarly, African Roots has reached the final in its first attempt. It defeated Nepal Police Club by 2-0 in the semi-final to reach the final.